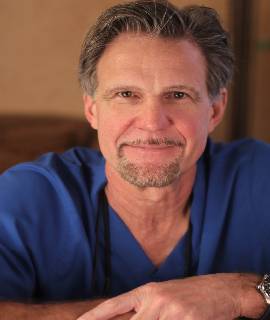 Dr. Skulman was born in Chicago, Illinois and raised in Mill Valley, California, a small town just north of San Francisco. In 1975, the Skulman family relocated to Ozark, Arkansas, when Greg was 14 years old. In Arkansas, Greg excelled in both scholastics and athletics, earning a full basketball scholarship to The University of Arkansas, playing for Coach Eddie Sutton on 3 Southwest Conference championship teams.

Upon obtaining a Bachelor of Science undergraduate degree from the University of Arkansas, Greg moved to Dallas, Texas and received a Doctorate Degree from Baylor College of Dentistry in 1987. Upon graduation, Dr. Skulman established dual practices in both Dallas, Texas and Charleston, Arkansas commuting weekly between both states and practices until July 2005. Today, Dr. Skulman practices general dentistry full time in Dallas with a primary focus on placing and restoring dental implants. He has a preceptorship from the University of Texas San Antonio on dental implants, is a Fellow of the International Congress of Osseointegration, has over 250 C.E. hours in implantology, and has placed thousands of mini and conventional implants. He has also served in a consulting capacity for the implant company Imtec Corporation.